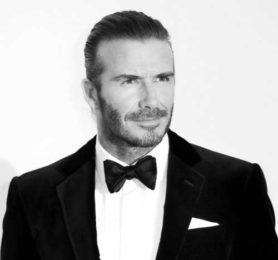 Now, the David Beckham’s Major League Soccer will be called inter Miami CF as it is announced.

In a bid to symbolise major Spanish-Speaking community based in the Florida city, the team will carry a full Spanish name- Club Internacional de Fútbol Miami.

The club’s motto “Libertas, Unitas, Fortuna” pays tribute to the concepts of freedom, unity, solidarity, inclusiveness, opportunity and good fortune for all.

“We are a new team but we are a city with a lot of history and I think that’s what we wanted to create with this crest,” as Beckham said to SNTV.

This is such a proud day for me and for the entire team,” Beckham said in a press release. “We are taking another important step in establishing our club and today mark an important moment in the history of Club Internacional de Fútbol Miami.”

According to the 2010 census, 70% of Miami’s population is Latino and around the same number spoke Spanish at home. “Our city and our fans draw their strength from the dreams of a global population that calls Miami home,” managing owner Jorge Mas said. “It is only fitting that our name pays tribute to the inclusiveness that makes us who we are.”

Now, when the club has a name, there is a need of building a stadium. Later this year, there will be a referendum on whether to favor plans to build a 25,000-seat stadium on the land currently owned by a golf course.

Earlier January this year, Beckham has announced his plans to form an MLS franchise and the club will officially start competing in the American top flight by 2020.