The football Player who hails from Kerala has scored 53 goals in his 203 career appearances and has also played for the Indian National Team.

It was his association with Chennaiyin FC in the second half of 2018-19 season, which helped them to stand up as two time ISL champions finish runners-up in the Super Cup 2019.

Expressing happiness over his joining with the Jamshedpur football Squad, the head coach of Jamshedpur said using official website of the club,” “Vineeth is a proven player,” he said, “He has a winning mentality that reflects not just in his work ethic but also his trophy cabinet. His versatility is always a threat in front of the opponent goal, which adds tremendous value to our squad composition. I look forward to working with him.”

Winning I-League titles for two times viz. 2014 and 2016 and two Federation Cup with Bengaluru FC in 2015 and 2017, Vineeth played an instrumental role in Bengaluru FC’s 2016 AFC Cup campaign where they ended runners-up.

“It’s an exciting opportunity for me to play for Jamshedpur. I have been here twice while playing for Kerala Blasters in the last two seasons and the atmosphere at The Furnace was absolutely brilliant. It’s a highly challenging ground for any opposition and it will be exciting to be on the other side this season,” Vineeth said in a statement.

A Journalist who has been working for B2B segment for almost half a decade. He has developed a knack of writing deliberate reports on indigenous market leaders across different sectors like health, fitness and sports goods manufacturing. He developed a discrete interest in covering business reports including business events, expos, and trade fairs.

Griezmann says he tried to copy Messi and LeBron 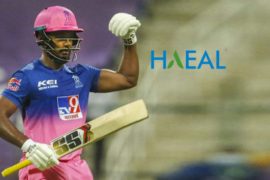 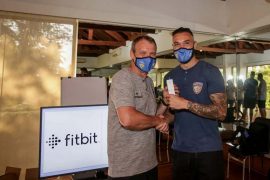 Fitbit Announced To Extend Its Partnership With Chennaiyin FC