The world enjoyed when one of the best cricketer in history of cricket, Sachin Tendulkar, became Master Blaster for his astonishing sixers. The world also witnessed Harbhajan Singh becoming the Turbanator for his tremendous spin bowling. But that’s not all; many athletes made their nicknames official in a legal way. And they did it as they are more popular with their nicknames.

Most of the football players in Brazil are known by their nicknames. Besides, changing names rapidly or using alias names in jerseys is very common in the NBA. Throughout the sports world, there are many cases of name changes where some of them use the nicknames because of their incredibly long original names, as they change their names officially or just because they love that name.

Most of the football players in Brazil are known by their nicknames. Besides, changing names rapidly or using alias names in jerseys is very common in the NBA. Throughout the sports world, there are many cases of name changes where some of them use the nicknames because of their incredibly long original names, as they change their names officially or just because they love that name. 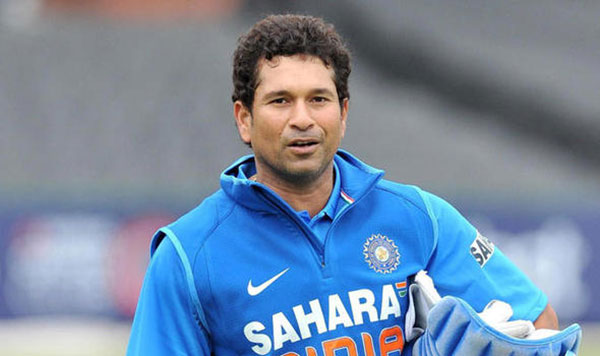 Sachin Tendulkar is an Indian former international cricketer and a former captain of the Indian national team. He is widely regarded as one of the greatest batsmen in the history of cricket. He is the highest run scorer of all time in International cricket. Tendulkar took up cricket at the age of eleven, made his Test debut on 15 November 1989 against Pakistan in Karachi at the age of sixteen, and went on to represent Mumbai domestically and India internationally for close to twenty-four years.

Tendulkar received the Arjuna Award in 1994 for his outstanding sporting achievement, the Rajiv Gandhi Khel Ratna award in 1997, India’s highest sporting honour, and the Padma Shri and Padma Vibhushan awards in 1999 and 2008, respectively, India’s fourth and second highest civilian awards. After a few hours of his final match on 16 November 2013, the Prime Minister’s Office announced the decision to award him the Bharat Ratna, India’s highest civilian award. 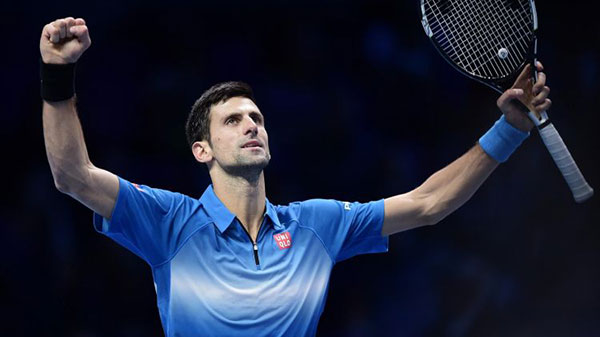 Djokovic is the first Serbian player to be ranked No. 1 by the ATP and the first male player representing Serbia to win a Grand Slam singles title. He is a six-time ITF World Champion and a five-time ATP year-end No. 1 ranked player. Djokovic has won numerous awards, including the Laureus World Sports Award for Sportsman of the Year (four times) and the 2011 BBC Overseas Sports Personality of the Year award. Djokovic began playing tennis at the age of four. In the summer of 1993, the six-year-old was spotted by Yugoslav tennis player.

Djokovic has won 17 Grand Slam singles titles, the third-most in history for a male player, five ATP Finals titles, 34 ATP Tour Masters 1000 titles, 13 ATP Tour 500 titles, and has held the No. 1 spot in the ATP rankings for over 275 weeks. In majors, he has won a record eight Australian Open titles,  five Wimbledon titles, three US Open titles, and one French Open title. By winning the 2016 French Open, he became the eighth player in history to achieve the Career Grand Slam and the third man to hold all four major titles at once, the first since Rod Laver in 1969 and the first ever to do so on three different surfaces. He is the only male player to have won all nine of the Masters 1000 tournaments. Djokovic was also a member of Serbia’s winning Davis Cup team in 2010 and in the 2020 ATP Cup. He definitely deserves a place among the greatest athletes who are known by different names. 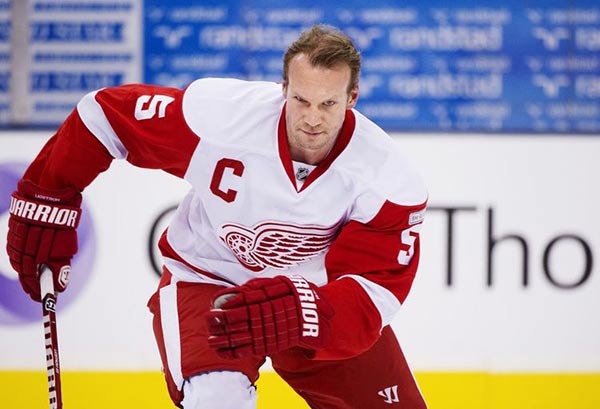 Nicklas Lidström is a Swedish former professional ice hockey defenceman who played 20 seasons in the National Hockey League (NHL) for the Detroit Red Wings, which he captained for the final six seasons of his career. He is widely regarded as one of the greatest defencemen in NHL history.

Lidström played his entire 20-year NHL career with the Detroit Red Wings, finishing his career with the second-most Stanley Cup playoff games played in NHL history, with 263 appearances (Chris Chelios ranks first with 266). He was a member of four Stanley Cup-winning teams in 1996–97, 1997–98, 2001–02 and 2007–08. With the exception of the cancelled 2004–05 season lockout year, Lidström played in the playoffs for an NHL record 20 consecutive seasons (an honor he shares with Larry Robinson).

In the 2006 Winter Olympics in Turin, Italy, Lidström helped Sweden avenge their quarter-final upset to Belarus in Salt Lake City, scoring the game winning goal in the gold medal game against Finland. In doing so, Lidström became a member of the Triple Gold Club, adding an Olympic gold medal to go with his previous Stanley Cups with Detroit and his World Championship gold medal in 1991. He is definitely one of the greatest NHL stars in the list of greatest athletes who are known by different names. 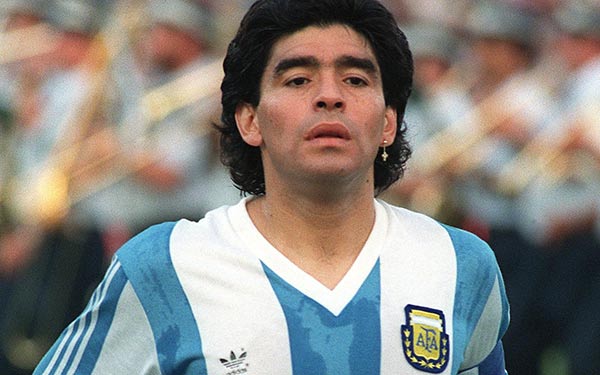 Diego Maradona In his international career with Argentina, he earned 91 caps and scored 34 goals. Maradona played in four FIFA World Cups, including the 1986 World Cup in Mexico where he captained Argentina and led them to victory over West Germany in the final, and won the Golden Ball as the tournament’s best player. In the 1986 World Cup quarter final, he scored both goals in a 2–1 victory over England that entered football history for two different reasons. The first goal was an unpenalized handling foul known as the “Hand of God”, while the second goal followed a 60 m (66 yd) dribble past five England players, voted “Goal of the Century” by FIFA.com voters in 2002.

On 20 October 1976, Maradona made his professional debut for Argentinos Juniors, 10 days before his 16th birthday, vs. Talleres de Córdoba. He entered to the pitch wearing the number 16 jersey, and became the youngest player in the history of Argentine Primera División. Few minutes after debuting, Maradona kicked the ball through Juan Domingo Cabrera’s legs, making a nutmeg that would become legendary. After the game, Maradona said, “That day I felt I had held the sky in my hands.” Thirty years later, Cabrera remembered Maradona’s debut: “I was on the right side of the field and went to press him, but he didn’t give me a chance. He made the nutmeg and when I turned around, he was far away from me”.Maradona scored his first goal in the Primera División against Marplatense team San Lorenzo on 14 November 1976, two weeks after turning 16. 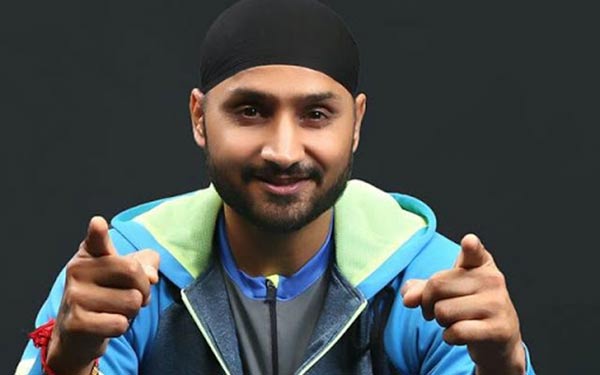 Harbhajan Singh is an Indian international cricketer, who plays all forms of the game cricket. A specialist spin bowler, he has the second-highest number of Test wickets by an off spinner, behind Sri Lanka’s Muttiah Muralitharan.

Harbhajan broke into the Punjab Under-16s at the age of 15 years and 4 months in November of the 1995–96 season, and took 7/46 and 5/138 on debut against Haryana, setting up a nine-wicket win. He scored 56 in his next match against Delhi and then took 11/79 in his third match against Himachal Pradesh, orchestrating an innings win.

Harbhajan played the full 2009 Indian Premier League season in South Africa, taking 12 wickets at 21.33 and an economy rate of 5.81 in 13 matches. He was one of the most economical bowlers in the competition, and took 1/9 in four overs against Punjab to win the man of the match award. He ended the season with 4/17 against Delhi, but it was not enough to prevent a four-wicket defeat. 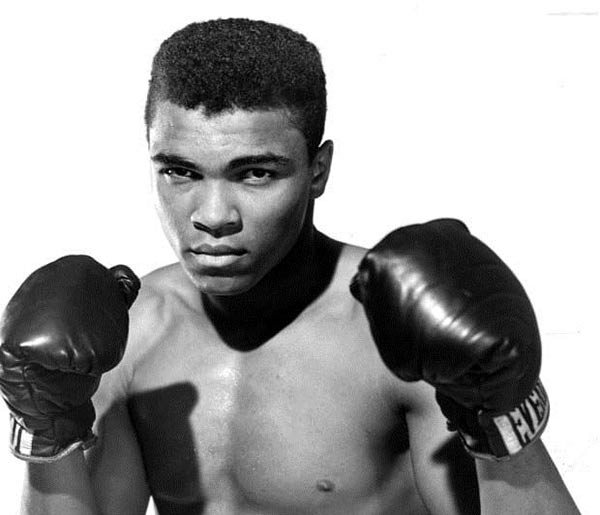 This legendary former American sportsman is generally considered among the greatest heavyweight boxers in the sport’s history. BBCA named him “Sports Personality of the Century” and Sports Illustrated also named him the “Sportsman of the Century”. Born as Cassius Marcellus Clay, Jr., he expressed his wish to become a Muslim during the 1960s.

The nation of Islam initially refused him due to his boxing career. But after his victory of the Liston championship in 1964, the Nation of Islam agreed to recruit him as a member. Elijah Muhammad declared soon that Clay would be renamed, Muhammad Ali. Later in an incident, Elijah announced “Cassius Clay is my slave name,” which created a huge sensation in media. Ali converted from the Nation of Islam section to mainstream Sunni Islam in 1975. This controversial athlete definitely deserves his place among the greatest athletes who are known by different names. 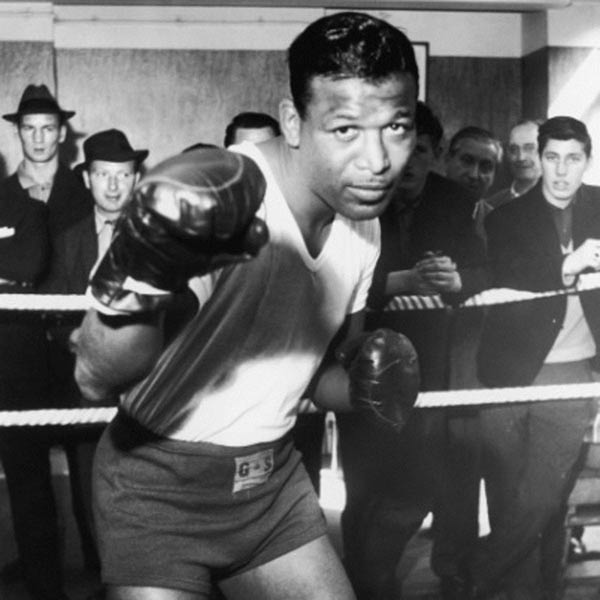 Frequently cited as the greatest boxer of all time, the American sports sensation, Sugar Ray Robinson, turned professional in 1940, at the age of just 19. He holds a 128–1–2 record with 84 knockouts in his active boxing career. Robinson went on a 91 fights unbeaten streak from 1943 to 1951, which eventually became the third-longest streak in professional boxing history. He attempted to enter his first boxing tournament and got refusal as he failed to obtain an AAU membership card. As a 15-year old then, Sugar could not procure a membership due to the 18-year benchmark entry restrictions.

Walker Smith Jr. became known as “Sugar” Ray Robinson when he circumvented the AAU’s age restriction by borrowing a birth certificate from his childhood friend Ray Robinson. Without a doubt, this boxing legend deserves his place among the greatest athletes who are known by different names. 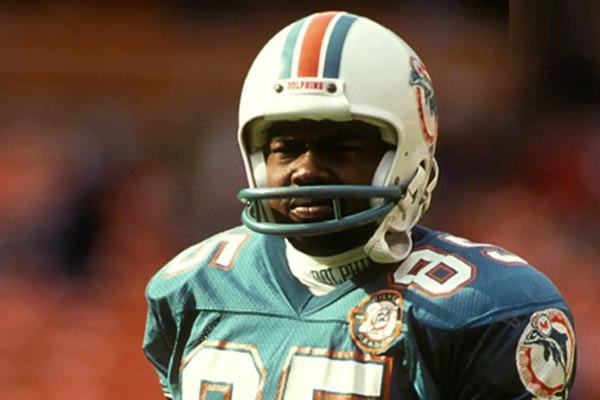 This American football wide receiver played for the Miami Dolphins of the National Football League from 1982 to 1992. His partnership with Pro Football Hall of Fame quarterback Dan Marino and fellow wide receiver Mark Clayton achieved the highest success for the Dolphins. Duper earned his place into the Miami Dolphins Honor Roll on 15th December 2003. On a different note, He also finished seventh in the 200-meter dash and reached the semifinals of the 100 meters in the 1980 Olympic trials.

Born as just Mark Duper, he earned his nickname ‘Super Duper’ from his teammates for his immense display of skills during his football days. With the Pro Bowl selections, he also made this name official in 1985. He is definitely one of the greatest NFL stars in the list of greatest athletes who are known by different names. 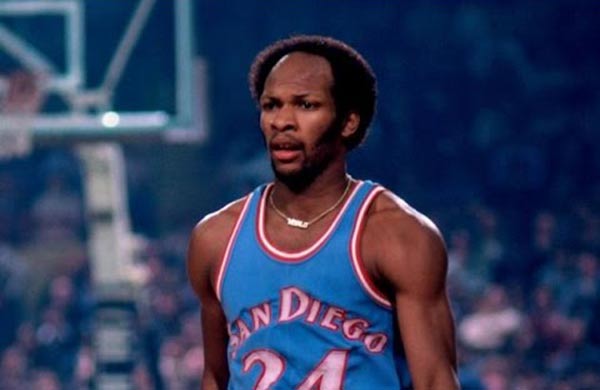 This American former professional basketball player played in the NBA from 1975 to 1988. Nicknamed the “Prince of Midair”, he later played with the name “All-World”. He and George Gervin battled for scoring titles in back-to-back seasons in 1978-79 and 1979-80 as he burst onto the NBA scene in 1975.

He was born with the name Lloyd Bernard Free and nicknamed “World” by his friends during his junior high days in Brooklyn. According to him, “they just started calling me ‘all-world’, because all-city and all-county and things like that weren’t good enough. Finally, they just started calling me World.” On December 8, 1981, he legally changed his first name to World and became World B. Free. 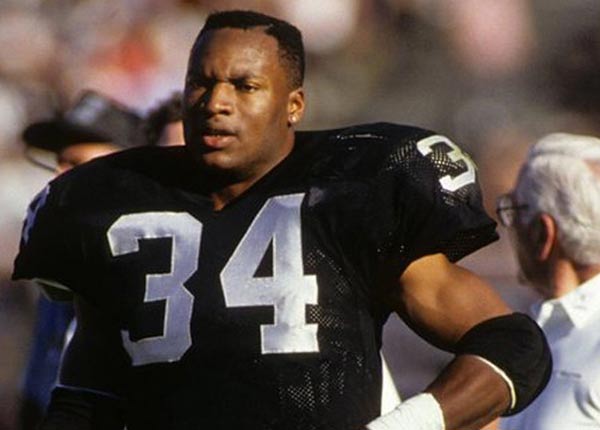 The famous retired American baseball and football player holds the record for being the only athlete to become an All-Star in two major American sports. One of the greatest multi-talented athletes, Bo, became the two-time state champion in the decathlon as he set state school records for indoor high-jump with 6’9″ and triple-jump with 48’8″ in 1982.

He got his original name, Vincent Edward Jackson, after his mother’s favorite actor, Vince Edwards. His family described him as a “wild boar hog,” as he would constantly get into trouble in his childhood days showing the ferocity and energy of a wild boar. Eventually, this nickname shortened from boar to “Bo”. For his amazing contribution to sports, he definitely deserves a place among the greatest athletes who are known by different names.

Top 10 food items to avoid and to have before sleep